“Smacking” children to be indefensible 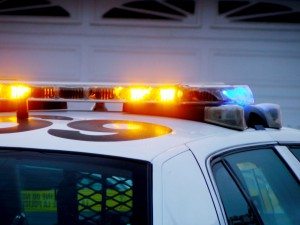 The Government has moved to outlaw the “smacking” of children. In fact, using force against a child is already illegal, but a discipline defence has long been recognised by the courts. Once the law is changed, hitting or smacking a child will no longer be defensible on the grounds of discipline.

There are three main assault offences in Irish law and the offence committed depends on the amount of harm caused. The basic offence of assault is using force or causing an impact on the body of another person without lawful excuse or consent. It is also an assault to cause someone to believe that they are about to be assaulted.

There has long been a defence of “reasonable chastisement” which has meant that, in general, what is commonly referred to as “smacking” a child for the purposes of discipline has been a defence to what would otherwise be an assault on the child. This defence has changed over the years and when current law on assault was introduced in 1997 it abolished the defence of reasonable chastisement for teachers. A 1908 law specifically permitted parents to use “reasonable and moderate chastisement” in disciplining children and while this was repealed in 2001, the common law defence to an assault charge remained in place.

The Government is now proposing to abolish the defence entirely in the Children First Bill. This would mean that a use of force or threat to use force against a child, if prosecuted, could not be defended on the basis of disciplining the child.

There has been much media attention and comment about the proposal, but it is not surprising that the defence is to be abolished. The Council of Europe ruled against Ireland in a complaint by the Association for the Protection of All Children earlier this year, saying:

There is now a wide consensus at both the European and international level among human rights bodies that the corporal punishment of children should be expressly and comprehensively prohibited in law.

The Council had previously found that the Irish defence of reasonable chastisement permitted corporal punishment against children. It also noted that while the Government had adopted guidelines on the use of force in residential care, foster care and child minding scenarios, there was no statutory provision prohibiting force in those situations.

It has long been the view of child advocacy groups, social workers and the family law courts that striking children was not appropriate. The question of what is or is not a reasonable level of force to use against a child has also been difficult to determine in court. Indeed, the Irish people changed the Constitution in 2012 to explicitly provide for the protection and vindication of the rights of children, following which it would be difficult to see how the defence of reasonable chastisement could survive constitutional challenge.

Adults have a talent for inventing euphemisms to make them feel more comfortable while they inflict pain and humiliation, such as spanking or smacking. The truth is that, for a child, all of this is violence, and if it were directed at an adult it would constitute criminal assault.

Once the Children First Bill is enacted, it will be a criminal assault without defence. One would not expect to see a significant increase in prosecutions for assault on children in future but the abolition of the defence of reasonable chastisement will certainly send out a message to parents and carers.