How to change your name 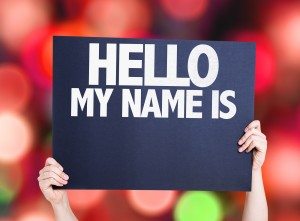 Difficulties arise, however, in having organisations like banks and state agencies accept the new name. For that reason, a deed poll may be executed which is usually sufficient evidence of identity for most organisations. The deed poll is just a piece of evidence, it is not the formal legal act which changes your name.

Some people, for example, change their surname after marriage by taking their spouse’s name. No deed poll is executed. The act of marriage or the marriage certificate itself do not have the legal effect of changing one’s surname. After all, many people do not take their spouse’s surname, and the procedures are the same. Rather, if you decide to take your spouse’s surname you have adopted that surname by reputation – by presenting yourself under the new name. If the change is to be reflected in bank accounts or passports, the marriage certificate is accepted by organisations as evidence of the change.

On the other hand, a separated or divorced spouse may wish to return to their original surname. No deed poll is required, as the original birth certificate is evidence of the name. A deed poll, if executed, has the same evidentiary effect as the marriage certificate or the birth certificate.

It is possible to lodge a deed poll with the Central Office of the High Court but, in fact, it is not necessary to do so and a properly-executed deed poll supported by an affidavit should be accepted by a bank, for example. Where the deed poll is to be lodged with the Central Office there can be significant costs involved due to the requirement to present it in person or through a solicitor.

If you need to change your name for whatever reason, don’t assume that a deed poll or registration with the Courts is necessary. There may be simpler and cheaper methods of establishing the name change.

Note: Changing a child’s name or amending birth certificates is a more complicated area with different procedures involved depending on the reasons for the change and specific advice should always be taken before attempting to effect any change.