Clear as Mud: the law on management companies needs to be updated 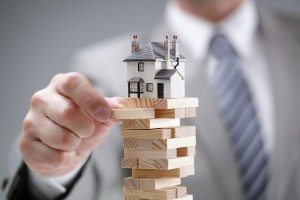 Management companies have been a feature of apartment developments for decades but until recently these companies were unregulated. In 2011 a new law changed that and introduced rules to govern owner management companies (OMCs). However, it failed to adequately distinguish between apartment blocks and traditional housing estates, leading to unnecessary confusion and difficulties which are likely to become more common as activity in the market increases.

Developments with common facilities or features that come with significant maintenance requirements need OMCs. The classic example is an apartment building with internal lobbies and lifts that involve some routine expenses and occasional but significant one-off costs. Some of these cannot be anticipated but many can, like the cost of replacing internal lifts. Until recently, there was no requirement under Irish law for developers or owners of apartment buildings to establish a fund from which these liabilities could be paid. When an OMC was in place, there was no law to govern how it should be run, how service charges should be levied or how funds should be managed.

The Multi-Unit Development Act 2011, commonly referred to as the Mud Act, changed that and introduced rules governing OMCs. Importantly, it required that a “sinking fund” be established to cover costs like repairs and replacements. However, most traditional housing estates do not include shared facilities like lifts and their common areas are usually “taken in charge” by the local authority, which is then responsible for cutting the grass and maintaining street lights and footpaths, for example. In the last decade, however, local authorities began to require that OMCs be established for traditional housing estates. Such planning conditions, combined with a lack of clarity in the Mud Act, have sometimes given rise to significant problems in selling properties.

Social Democrat TD Catherine Murphy has been raising the issue of multi-unit developments and OMCs for many years and, due to apparent inaction on the part of the Government to deal with the issue, has introduced a legislative proposal to change the Mud Act so that it would apply only to apartment blocks of five units or more. This proposal will not be adopted by the Government but it is beyond doubt that the Mud Act needs to be changed.

Solicitors have encountered a range of problems and questions about the operation and implications of the Mud Act since it was introduced and the Law Society attempted to clarify matters in 2014 by publishing guidance which said that the Mud Act does not apply to traditional housing developments. However, that guidance is just one organisation’s interpretation of the law, and it is a debatable interpretation. Nor does it apply to many developments which required an OMC as a condition of planning. A substantial proportion of these OMCs were established before the Mud Act and might not comply with its requirements. Other OMCs have been struck off the register of companies, meaning that they have ceased to exist and any property they owned, like the common areas in an estate, vests in the Minister for Finance. In practical terms, these issues cause headaches for property owners, particularly when selling.

In 2008 the Department of the Environment and Local Government directed local authorities not to require OMCs for traditional housing estates unless there was a particular reason to do so, or in the case of holiday homes. Despite this, Deputy Murphy has said that some local authorities continue to grant planning for traditional housing developments which require the establishment of an OMC.

There are differences of opinion on what the Mud Act means and when it applies but property owners are entitled to certainty. The Government should recognise that the Mud Act is over-extended and that it requires amendment along with a clearer, nationwide procedure for taking estates in charge.