What is a child entitled to from a parent’s will? 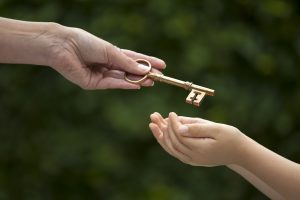 This seems like a simple question, though it is anything but. A report in today’s Irish Independent highlights the issue with a dramatic headline:

End of inheritance: changes to law means parents can cut children out of their wills

The detail, of the existing law and proposed changes to it, is more complex.

The article reports on a new Law Reform Commission report on challenges brought by children against a parent’s will. At the outset it is important to note a caveat contained in the article that the “recommendations, if adopted, would have the potential to reduce the number of spurious challenges to wills”. Not all LRC recommendations are adopted, and even if this one is it may be a considerable time before the change is implemented.

However, the LRC recommendation is significant. The most notable change is to limit the challenges that could be brought by adult children by effectively limiting them to children under 18 (or 23 if in full time education). There would not be a total ban on challenges by adult children: as ever, the exceptions are as important as the rule. The proposal suggests a presumption that an adult child has already been provided for, but that presumption could be rebutted in a number of ways: for example if there is a financial need arising from their health or decision making capacity of the child, or where the child provided care and support for the deceased parent. These are significant exceptions, but in fact most challenges under existing law would likely fall under one or more.

So, what is a child entitled to under the current law? Unlike spouses, there is no set entitlement on the part of a child. A surviving spouse is entitled to a share from the estate of his or her deceased spouse, known as the “legal right share”, and the amount of that share depends on whether or not the deceased had made a will or had children. A child is only entitled to a specified share from a parent’s estate if that parent died intestate (without making a will), but if the parent made a will there is no automatic right to anything. Instead, that child can apply for an unspecified provision from a parent’s estate if the court finds that the parent has failed in his or her moral duty to the child.

While the LRC recommendations are considerable, the extent to which a child is currently “entitled to an inheritance” is one of perception rather than specific law. In fact, the LRC found that the existing law “strikes a reasonable balance between the principles of testamentary freedom and family obligations”, but would benefit from reform “that has more regard to the needs of children, including adult children, rather than any perceived expectation of inheritance.” The LRC has sought to “refocus” the balance between testamentary freedom and family obligations, rather than abolish the latter.

Challenges to wills can be costly and can significantly diminish the ultimate value of an estate. Prudent estate planning should always take an overall view of a testator’s estate and family circumstances and should take into account any obligations or potential sources of dispute or challenge. If the LRC recommendations are adopted that will still be the case.

PG McMahon Solicitors have been drafting and implementing wills and advising clients on estate planning for decades. We have extensive experience in advising on wills, including challenges to them. Read more updates on wills here.