The cost of homemade wills 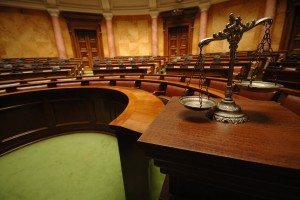 Our recent 5 tips for making a will post mentioned the danger in making a will without legal advice, as highlighted by a High Court decision in 2011.

That case involved the will of a well-known poet and philosopher which made mistakes common in many homemade wills. In considering the will, Mr Justice Gilligan highlighted the crucial role of legal advice.

The [author of the homemade will] has unfortunately provided an illustration of exactly how a person should not make a will. While there can be little doubt but that [he] was a man of considerable learning, the fact that he did not benefit from legal advice or assistance is evident from the will he drew up. Not only was it deficient in terms of the lack of certainty as to his intention but moreover he unwittingly made the classic error of having two of the intended beneficiaries act as witnesses to his signature, thereby depriving both as a matter of law from benefiting under the terms of the will.

The result was that the entire will was void for uncertainty and his estate fell to be distributed under the laws of intestacy (as if he had never made a will).

A more recent case decided last week involved an Irish man who spent most of his life living in the UK but maintained a substantial connection with Ireland, such that when he died over half of his total property was in Ireland. He made a will in Ireland in 2007 and frequently revised it with advice from his Irish solicitor but intended this will to deal with his Irish property only.

He went on to make a homemade will in the UK in 2007 which included a clause revoking all former wills. Such a clause is common in wills and perhaps it stuck in his memory as something that had to be included, but his family believed he had not intended to revoke his Irish will and that he wanted the homemade will to apply to his UK property only.

This lead to the Irish will coming before the Irish courts to determine if it remained valid. Fortunately it was possible to establish that he had not intended to cancel his Irish will and both wills stand, each dealing with property in the respective countries.

While the decision confirms what appears to have been the deceased’s wishes, the case no doubt involved his estate in unnecessary legal costs and inconvenience which could have been avoided had he sought the advice of a solicitor when making the UK will. There are a number of common pitfalls in homemade wills which can either lead to the will being void or significantly increase the chances of the will having to be proved in court, rather than the more usual procedure of being lodged by a solicitor with appropriate paperwork. Depending on the size of the overall estate, the costs of any court case could make up a substantial proportion of the funds available.

Making a will with a solicitor is usually a straightforward and cost-effective procedure. Read our 5 tips post for guidance on what you need to think about when making a will, but ensure that you take advice from an experienced solicitor when making it.