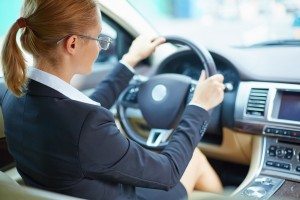 Nevertheless, the industry repeatedly points to fraudulent claims and excessive personal injury awards as being core contributors to increases. The facts provided (if any) do not support this argument, but any of the information that is publicly available suggests that the existing law and the courts system detect and dismiss fraudulent claims and regulate the level of compensation awarded.

The past year has seen many reports of fraudulent claims being dismissed in court. These have included claims in genuine cases which were nevertheless dismissed due to exaggeration. Exaggerating a claim is dishonest and prohibited by law, and jeopardises what may otherwise be a valid claim. However, there are also numerous court judgments showing that insurance companies have sometimes alleged dishonesty or exaggeration and were dismissed by the courts on the basis that the injured party was telling the truth.

A recent Court of Appeal judgment indicates how the courts regulate the level of awards. The case was quite standard and happens every day: a lady was a passenger in a car that was rear-ended and suffered soft-tissue injuries of the type usually suffered in a relatively minor car crash. The High Court awarded her €65,000 for pain and suffering, which the insurance company appealed. The High Court had found her to be a truthful witness who did not exaggerate, so there was no suggestion of any wrongdoing on her part. However, the Court of Appeal did believe that the level of damages was too high.

The Court referred to an unofficial rule of thumb used in personal injury claims which suggests that the maximum damages that will be awarded for pain and suffering is €400,000, for example in the case of someone suffering catastrophic injuries (these are called general damages and do not include specific expenses like medical bills, which are awarded separately). The Court said:

[O]ne of the questions I ask myself when considering whether the award made in this case was reasonable or proportionate is whether the trial judge could have been within the appropriate range when he awarded the plaintiff a sum that placed her injuries in terms of value approximately one sixth of the way along an imaginary scale of damages for personal injuries which ends at €400,000 for the catastrophically injured plaintiff. In my view, thus assessed, the award which he made to the plaintiff was not reasonable or proportionate. That is not to say that this is a formula that must be applied by every judge when assessing damages for pain and suffering but for me at least it provides a type of benchmark by which the appropriateness of the award made may helpfully be evaluated … If modest injuries of this type are to attract damages of €65,000 the effect of such an approach must be to drive up the awards of those in receipt of the more significant middle ranking personal injuries claims such that there is a concertina type effect at the top of the scale of personal injuries.

The Court said that personal injury awards must be proportionate to the awards commonly made to victims in other cases and reduced the injured party’s general damages to €35,000. The decision indicates that the courts are alert to the knock-on effect that one award may have on others and on personal injury claims generally.

The insurance industry will continue to blame injured parties for increases in insurance premiums, but provide little or no evidence to support their arguments. Where court decisions are publicly available, they tend to demonstrate that the existing laws and system are capable of regulating personal injury awards and are aware of the issues that arise.