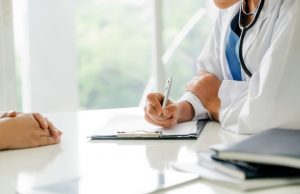 The Personal Injuries Assessment Board (Piab) became the first port of call for most personal injury claims since it was established in 2004.

From 3 April 2019 some new rules apply to the handling of these claims by Piab, with particular consequences for not co-operating with their procedures. The rules are contained in the Personal Injuries Assessment Board (Amendment) Act 2019.

The aim of the changes, according to the Government, is to strengthen the Piab process so that fewer claims proceed to court. The changes resulted from a report by the Working Group Report on the Cost of Motor Insurance which highlighted an alleged issue of non-co-operation with Piab by injured claimants. In particular, it was alleged that a significant number of claimants refuse to attend for examination by a doctor nominated by Piab.

Under the new rules, if a case is not concluded by Piab and subsequently proceeds to court but the claimant did not co-operate with Piab, the court hearing the claim can penalise the claimant by making him or her pay some or all of the costs of the respondent.

The 2019 Act contains other important provisions, including those relating to the relevant time periods under the Statute of Limitations (ie. how long a claimant has to take legal action before their claim expires) where more than one respondent is involved.

One of the aims of Piab was to reduce legal costs in personal injury cases and for that reason the law provided that Piab cannot award legal costs in favour of a claimant except in limited circumstances, and even in those circumstances the awards are small. Most claimants do, however, chose to be represented by a solicitor when making a claim through Piab and it is important to have legal advice from the outset if there is anything unusual or uncertain about a case, or if it is likely to proceed to court.

These new rules highlight the importance of having such advice so that a claimant does not run the risk of an adverse costs order or finding that their claim is statute-barred.