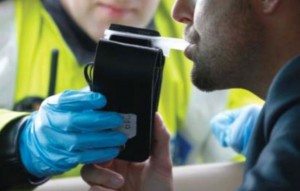 Figures released by the Minister for Justice on drink driving convictions early this year were wildly misinterpreted last month. Headline reports of low conviction rates spread widely even though they were obviously incorrect, while clarifications issued since have received far less coverage. This is dangerous: incorrect reporting of the statistics has led to a public perception that it is easy to escape a conviction for drink driving.

In July 2015, Tommy Broughan TD asked the Minister for Justice for statistics on

A direct answer to this question was always going to be misleading because a significant proportion of cases not finalised in that time period would later have resulted in convictions, pushing the conviction rate up. Many defendants whose cases were listed in 2014, and some from 2013, will not have had their cases finalised until 2015 or later. Likewise, convictions would have been recorded in 2013 and 2014 for cases originally listed before then, again skewing the figures.

The answers supplied to Mr Broughan caused predictable confusion. A headline in the Irish Times reported that “More than half of drink drivers escape conviction“. Other media published similar headlines and reports.

It is difficult to understand why media coverage did not recognise that the conviction rate for drink driving could not be lower than 50%, as was reported. However, the Road Safety Authority does not appear to have noticed any error and joined the chorus of disappointment at what transpired to be totally incorrect conviction rates.

The Courts Service confirmed that its statistics showed conviction rate of between 85% and 88%, which is likely lower than the conviction rate for all crime but not by much. The truth on drink driving prosecutions is a world away from what was initially reported.

The error has been corrected by the Courts Service statement but the media and public focus on the initial statistics was far greater than the clarification. As a result, a loud message was broadcast: drink driving convictions are easy to avoid. The result may be a diminished deterrent effect, as drink drivers feel that they have a significant chance of escaping penalty even when caught by Gardaí.