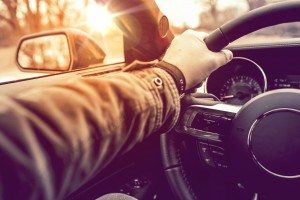 The insurance industry has blamed recent car insurance price hikes on the number and cost of personal injury claims. They have yet to support this claim with facts and indeed many of the statistics relied on are dubious. What is routine, however, is a dismissive attitude to whiplash claims.

“Motor injury awards made by the Injuries Board averaged €21,000 in 2014, a very high average considering that 80% of motor injury claims are for whiplash.” (Kevin Thompson ¦ Irish Examiner ¦ 16 September 2015)

“A person with a soft-tissue whiplash injury can expect a payout of up to €15,000, making Irish necks the most expensive in the EU.” (Charlie Weston ¦ Irish Independent ¦ 1 September 2015)

Most coverage of recent price hikes include claims that the Irish ‘compensation culture’ is worse than in the United Kingdom. Remarkably, however, the insurance industry in the UK is also engaged in a campaign of blaming price hikes on compensation culture. Jane Cooper, an English personal injuries solicitor, writes:

The general argument put forward by the media is that “bogus” whiplash claims cost the insurance industry billions of pounds a year, which forces them to pass the burden on in the form of higher motor insurance premiums. People reading these articles would be forgiven for thinking that the UK is currently experiencing some sort of ‘explosion’ in whiplash claims. However … the number of whiplash claims in the UK have steadily fallen since 2008.

We are being told premiums are going up because awards are going up but the argument is not supported by published records of compensation awards. In fact there is a €1 billion difference between premium income [money earned by insurers] and published awards [money paid out by insurers].

The insurance industry demonises injury victims by making repeated, dismissive references to whiplash. The implication is that a whiplash injury is not serious, or is exaggerated and does not deserve compensation. In reality, the spectrum of whiplash injury ranges from minor to severe and chronic cases which may take months or years to resolve.

Whiplash is a soft-tissue injury very commonly caused by the jolting force of road traffic collisions. The soft tissues involved in whiplash include muscles but also nerves, cartilage, tendons and ligaments. An injury can be considerably worse when a collision was not expected and according to HSE guidance on treating whiplash:

Motor vehicle accidents do not have to be severe for a person to develop whiplash, with neck pain and associated injuries often developing following low-speed collisions.

Whiplash sufferers are sometimes criticised for only attending a doctor a day or two after the accident, but it can take up to 48 hours for the symptoms of whiplash to develop. Dr Aideen Henry, consultant orthopaedic physician, points out the differences in recovery from soft tissue injuries as opposed to bone injuries:

Immobility or total rest is detrimental to soft tissue healing. A fractured or broken bone, on the other hand, requires immobility for optimal healing because movement prevents bone healing.

Someone with a broken bone and cast is visibly injured and their injury is usually apparent at the scene of a collision. Whiplash injuries, however, can result from low-speed collisions, can take time to become apparent and require that the victim continue to move and exercise. So, while a whiplash injury is less obvious, it does not necessarily involve less pain than a bone fracture.

Whiplash is a real and sometimes serious injury which can cause significant pain, discomfort and inconvenience for victims. The extent of an injury can vary, as can the length of time to recovery, but it is not an injury to be ignored or dismissed. Victims who have been injured in road traffic collisions deserve treatment and compensation when appropriate, not to be characterised as being somehow non-genuine or undeserving when they pursue compensation from companies who exist to pay it.