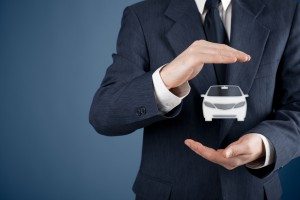 Setanta Insurance went into liquidation in April 2014. Many claimants on Setanta policies, most of whom were not customers of Setanta but suffered injuries caused by vehicles insured by Setanta, have been in somewhat of a limbo since then, but a High Court judgment today helps clarify what can be recovered and from who.

It was immediately apparent that the MIBI Agreement, under which victims of uninsured or untraced drivers can be compensated, clearly provided that the MIBI should cover Setanta claims. Rossa McMahon wrote about it in 2014 as follows:

[T]he Minister for Finance, who is not responsible for the Motor Insurers’ Bureau of Ireland, stat[ed] in the Dáil that the MIBI had “indicated” that they would cover third party Setanta claims.

The Minister gave no detail and did not say who the MIBI had given this indication to. The Irish Brokers Association circulated a briefing paper to its members which, in 6 pages, said effectively the same thing as the Minister for Finance but which appears to have been based on the assurance given by him in the Dáil.

The Minister for Transport, who is responsible for the MIBI, was more cautious and directed queries to that organisation. I wrote to the Minister for Transport for clarity on the situation and he informed me last month that the MIBI was taking legal advice on its liability in this situation. However, it was clear that they did not believe they had a liability … [and the advice the MIBI then obtained concluded that] the MIBI Agreement (2009) does not require the MIBI to satisfy awards against drivers covered by a policy of insurance where the insurer is unable to pay all or part of an award due to insolvency.”

The key issue that arose was that section 4.1.1 of the MIBI Agreement provides that if a judgment is obtained for damages that should be covered by insurance but which isn’t paid within 28 days, the MIBI will pay it “whether or not [it is] in fact covered by an approved policy of insurance”.

The question as to whether or not the MIBI must pay out on unpaid Setanta claims was put to the High Court by the Accountant of the Courts of Justice. Mr Justice Hedigan’s judgment was delivered today and he found that section 4.1.1 of the MIBI Agreement was key to the issue. He ruled:

The judgment is significant because payments from the Insurance Compensation Fund (details of which are outlined here) are subject to a cap of 65% of the value of the claim or €825,000, whichever is the lower. The cap does not apply to MIBI payments.

This decision is of considerable assistance to unfinalised Setanta claims, though it will not be surprising if the MIBI appeals it.