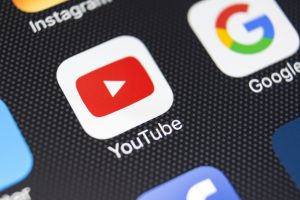 A recent High Court judgement has clarified the threshold to be met in defamation cases where interlocutory orders prohibiting publication are sought, reaffirming the difficulty in obtaining such orders.

PG McMahon Solicitors act for the defendant in the case which the plaintiffs allege that a video published on YouTube by the defendant, an autism rights campaigner, defamed them. One plaintiff sought a prohibition order requiring that the defendant remove the video from YouTube pending a full hearing of the action.

The High Court had already confirmed in the first written judgment considering the test for an injunction under the 2009 Act (Philpott v. Irish Examiner [2016] IEHC 62) that the threshold to obtain injunctive relief was high. Allen J further considered the test and did not believe that the Oireachtas intended to change the threshold for injunctive relief with the 2009 Act, concluding that the test is the same as that which applied at common law beforehand.

After careful consideration, I have come to the conclusion that there is no difference between an “opinion” and a “finding” or the court being “satisfied”. It seems to me that the key to understanding what the test in s. 33 is, is that the same test is applicable to interim, interlocutory, and permanent orders. The jurisdiction of the court to make prior restraint orders is as delicate post 2010 as it previously was. I cannot conceive that the court would permanently interfere with free speech or the free expression of opinion unless in a case where it was satisfied and/or had made a finding that the statement was defamatory of the plaintiff and that the defendant had no defence.

The decision further emphasises the reluctance of the courts to interfere with freedom of expression, as expressed by Mr Justice Barrett in Philpott v. Irish Examiner, because “the profound importance of free speech – a freedom inextricably linked to the freeness of our nation – is such that it is arguable that a court ought to be slow to [grant an injunction under section 33].”