Finalists in the Irish Law Awards 2017 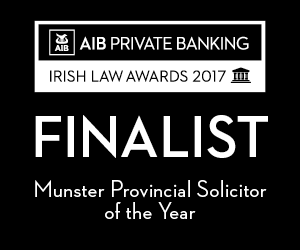 According to the organisers:

As well as celebrating an exceptional achievement or achievements, this award will publicise the award-winning solicitor as epitomising the ideals of the legal profession.