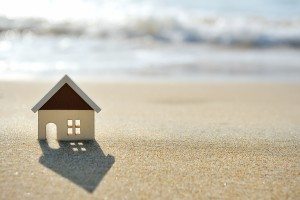 Since Monday (17 August 2015) the European Succession Regulation (known as “Brussels IV”) has allowed European Union residents who own properties in other member states to apply the law of their home country to their foreign property when they die.

The Regulation will not apply to all EU property. Some states, including Ireland, have opted out, so it will not affect Irish properties owned by people habitually resident in other European member states. Likewise, someone habitually resident in Ireland who owns properties in another state that has opted out (Denmark and the UK) cannot apply Irish law to a property owned there. However, a significant amount of Irish owned foreign property is in France, Spain and Portugal, so the Regulation will be relevant to many people in Ireland.

Buying and owning foreign property has always been complicated from both a practical and legal position. Most owners of foreign property will have made a will both in Ireland and the country where their property is located. Under Brussels IV, the default position will be that the law of the state in which the deceased was habitually resident will govern succession (ie. inheritance) of property owned in other Member States. Therefore, for example, where someone habitually resident in Ireland owns a Spanish apartment and dies after 17 August 2015, Irish law will apply to the inheritance of the apartment.

Property owners can also make a choice in relation to which law should apply, so that an Irish citizen who habitually resides in England and owns a property in Portugal, for example, could chose that Irish law should apply to that property.

This Irish Times article has some commentary on Brussels IV and, as usual, specific advice should be taken in relation to any change in your will, whether in Ireland or abroad. Complex rules apply to the Regulation but any Irish citizen who owns foreign property or lives in another European Union member state should certainly review their existing wills and consider what changes might be appropriate in light of the regulation.