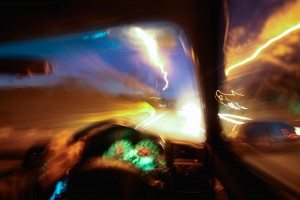 We wrote last September about a High Court decision which found that drink driving prosecutions based on breath/alcohol tests produced by a breathalyser machine in the English language only were invalid.

The High Court ruled that the law required test results to be produced in both English and Irish, with both language versions given to the driver.

The Government quickly changed the law to provide that test results could be produced in English or Irish but the Director of Public Prosecutions nevertheless appealed the decision to the Court of Appeal and a large number of cases were adjourned while the decision was awaited.

The Court of Appeal has now overturned the High Court ruling. In allowing the DPP’s appeal, Mr Justice Edwards said:

I do not consider that the deviation from the format prescribed in the present case materially affected the substance of the form. There was no information that the statement actually produced in this case failed to record or communicate as a result of the omission of the Irish part of the form. Moreover, the essential information was communicated in precisely the format and layout specified in the Regulations of 2011. What was omitted was merely the repetition of that information in Irish. That Irish part, even if it had been included, would not have added anything of substance to the document. Moreover, the omission of the Irish part could not have operated to mislead as to the contents of the document, or as to its effect.

This decision is likely to have an impact on future challenges to drink driving prosecutions involving defects in the paperwork used to ground the prosecution.

PG McMahon Solicitors have decades of experience in defending drink driving prosecutions. We have significant expertise in analysing all elements of a case and have a considerable success rate in successful challenges. We also represent clients in all other road traffic prosecutions, including drug driving, dangerous/careless driving and speeding.