Can you be fined when your car was speeding but you weren’t driving? 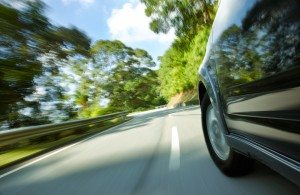 Most speeding offences are dealt with by fixed charge notices, a form of speeding ticket you get in the post. If you fill out the form and send a the fine to the Garda fixed charge processing office you receive 3 penalty points on your licence. If you do not, you will have to go to court and, if convicted, will receive 5 penalty points and a fine.

A surprising number of things can go wrong between your car being detected and the deadline for returning the fixed charge notice passing (see our “5 tips for dealing with driving offences” on this point). If you don’t pay the fine (€80) within 28 days of the notice you have another 28 days to pay, but at a higher fine (€120). The number of penalty points (3) does not increase at this stage. After 56 days nothing can be done – a summons is on its way and you will have to deal with the offence in court.

One difficulty in the system arises for car owners who were not driving at the time their car was detected speeding. This can easily happen, for example, when a family member drives a parent’s car. The owner receives the fixed charge notice and must then nominate the driver by completing the form and returning it to the Gardaí. A new fixed charge notice issues to the driver. But beware: the owner can only nominate the driver within the first 28 days. During the second 28 days the registered owner is the only person who pay the fine, thereby accepting 3 penalty points on their licence.

There are often understandable and genuine reasons why the driver wasn’t nominated or where the driver was nominated in the second 28 day period but the nomination was rejected. Traditionally these have often been treated as “strict liability” offences – if the registered owner fails to nominate the driver (s)he will be fined and must take the penalty points.

The High Court decided late last year (McHugh v. District Judge Browne [2015] IEHC 709) that this is not correct. Rather, if the judge hearing the case is satisfied that the registered owner was not driving they cannot be convicted of speeding. According to Mr Justice White:

If the [hearing judge] relies only on the failure of the registered owner to complete and return the form designating the driver on the date and time in question, to convict then it has erred.

Therefore, adequate evidence that the registered owner was not driving will result in the case being dismissed. However, it is important to note that there is a separate, specific criminal offence of failing to nominate the correct driver.